Sixteen innovation pioneers whose inventions range from wheelchair technology to aromatase inhibitors were honored as part of the 50th class of National Inventors Hall of Fame (NIHF) Inductees. The class was announced Jan 6. at CES.

In partnership with the United States Patent and Trademark Office (USPTO), NIHF will honor these Inductees on Oct. 26, 2023, at one of the innovation industry’s most highly anticipated events: The Greatest Celebration of American Innovation. The event also will celebrate the 50th anniversary of NIHF’s founding in 1973, when Thomas Edison was the sole Inductee.

“It is an honor for the USPTO to recognize the 2023 class of the National Inventors Hall of Fame,” said Kathi Vidal, Under Secretary of Commerce for Intellectual Property and Director of the USPTO. “We are proud to be a 50-year partner with NIHF, and we look forward to working together to support and recognize our world-changing innovators and entrepreneurs.”

Molecular biologists Rodolphe Barrangou and Philippe Horvath discovered that CRISPR sequences and associated proteins comprise an acquired immune system in bacteria. Applying their research to enhance starter cultures in the dairy industry, they improved the world’s food supply and laid the foundation for the field of gene editing. 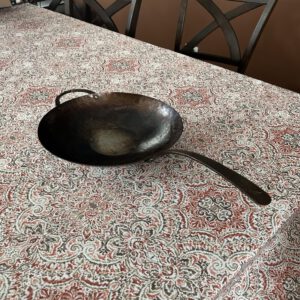 Microbiologist Emmanuelle Charpentier and biochemist Jennifer Doudna co-invented the gene-editing system CRISPR-Cas9, creating a versatile technology that provided the means to edit genes on an unprecedented scale with extremely high precision. For this work, they won the Nobel Prize in Chemistry in 2020.

Biomedical engineer Rory Cooper’s innovations have improved manual and electric wheelchairs, and advanced the health, mobility and social inclusion of people with disabilities and older adults. His research has been informed by his own experience as a disabled U.S. Army veteran.

Fundamental research by biochemist Katalin Karikó and immunologist Drew Weissman laid a critical piece of the foundation for the mRNA COVID-19 vaccines developed by Pfizer-BioNTech and Moderna. Crucial in the fight against the coronavirus pandemic, several billion mRNA vaccine doses have been administered worldwide since December 2020.

Computer scientist Luis von Ahn co-invented the website security program CAPTCHA, or Completely Automated Public Turing test for telling Computers and Humans Apart. He then created reCAPTCHA, furthering this work while assisting in digitizing books and other archives. He also co-founded Duolingo, whose online platform is the world’s most popular way to learn languages.

Angela Hartley Brodie discovered and developed a class of drugs called aromatase inhibitors, which can stop the production of hormones that fuel the growth of cancer cells. Aromatase inhibitors are among the leading therapies against breast cancer.

Brothers Cyril and Louis Keller played a key role in launching the compact equipment industry in the late 1950s and early 1960s with their invention of the world’s first compact loader, which became the Bobcat skid-steer loader.

For biographies of each Inductee, visit https://www.invent.org/inductees/new-inductees.

The 16 Inductees in the class of 2023 will be honored at “The Greatest Celebration of American Innovation,” held in our nation’s capital.

​​​​​​​• Oct. 25 – Illumination Ceremony at the National Inventors Hall of Fame Museum at the USPTO Headquarters in Alexandria, Virginia, where new Inductees will place their names on illuminated hexagons in the museum’s Gallery of Icons™.

​​​​​​​• Oct. 26 – The 2023 National Inventors Hall of Fame Induction Ceremony will be held at The Anthem in Washington, D.C., where the new Inductee class will be honored for its contributions to society during an evening event including a black-tie dinner and ceremony. To learn more about the event, visit https://www.invent.org/induction.

What is the purpose of a manager nowadays?